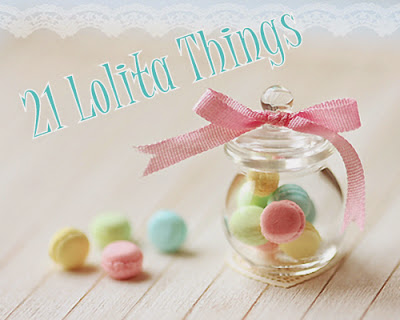 Today is a very special day for me, because it’s my birthday! I am turning 22 today, oh my! I always really loved the number 21, so leaving that behind and having to tell people I am 22 from now on sounded less… cool? But well, there’s two twos in 22, so that’s pretty neat actually. ^^
Anyway, I’m rambling. So today it’s my birthday! Initially I hadn’t planned anything special since it’s a normal school day, but I went to see the third Hobbit movie with a friend! It’s the first day the movie is out in my country, so it feels extra special! Plus, I will celebrate my birthday this weekend. Expect a blog post about it very soon… :3
Unfortunately, I haven’t been doing very well lately. I won’t talk about it here and now, I’m sorry. But to cheer myself up a bit, I decided to make a list of all the fun, Lolita-related things that have happened to me in the year I was 21 years old. Usually I post a year overview on December 31st, but now I will have to think up something else. ^^ So without further ado:


21 Lolita Things That Happened
When I Was 21
I made some special collages with pictures. Just click the links to go the blogposts where I talk about these events. ^^ The pictures are not in order of time because of lay out appearance, but I am sure you will be able to match the right picture to the right event. ;) 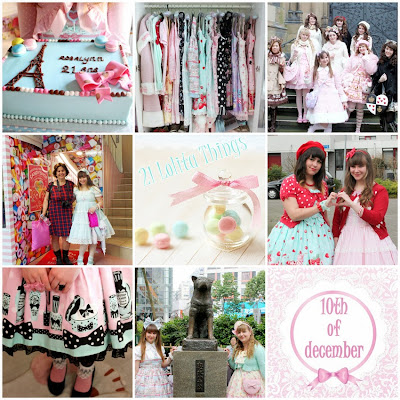 1. At the end of 2013, I celebrated my birthday with an amazing Lolita birthday party. It was the first time I threw a Lolita party myself and it was so much fun! For the party, I had chosen a Paris-theme to go with my Promenade de Paris dress and matching colours for decorations. It was an amazing day filled with beautiful and super sweet girls. It was an amazing day!
2. I finally made my first wardrobe post! Every year in January, the theme of the Lolita Livejournal community in January is ‘wardrobe’. Every Lolita who wants to posts pictures of her entire Lolita wardrobe and I finally joined in as well! It was a lot of fun to take pictures of all my Lolita items and see everything I own neatly spread out. Unfortunately, I never posted a link to the post on my blog, but I did make a concept post. Maybe I will posts it someday.
3. In February, I had a meeting with some of the German Lolitas in Düsseldorf. I was so happy to see my German friends again and also make new ones! We had a great time shopping and going out for lunch. It was amazing!
4. Together with my friend Michelle I had a lovely Lolita weekend, in which we wore Lolitas on both days. My favourite outfits were our red coordinates, in which I wore pink and red and Michelle borrowed my Milky Berry. Not only was it a lot of fun to coordinate together, it also made me realise how much I like to dress other people up as well! ^^
5. At the end of March, I visited the Summer Tales Boutique opening day. Fly Away Fashion had officially changed its name and I was very happy to be a part of the special day when it was celebrated. I was very happy to see some of my favourite Belgians again and also to get to know some new people. Plus, I really liked my outfit that day. :3
6. In April I went to Japan, together with my mom. I had an amazing time with her shopping in Harajuku while wearing Lolita. It was an amazing day!
7. While in Japan, we met up with Emilie and spent an amazing day walking around in Lolita, taking pictures in Shibuya, shopping in Harajuku and all kinds of Lolita things we had on our mutual bucket list. It was absolutely magical! 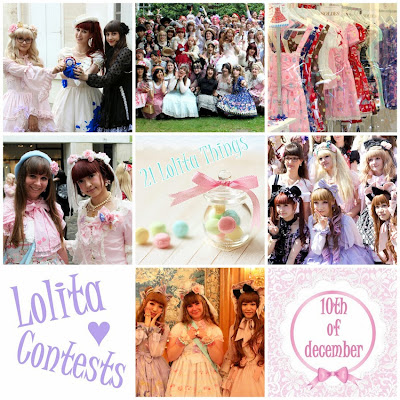 8. July really was my ‘Parisian month’. So many amazing things happened! I was incredibly happy to be able to visit the Angelic Pretty pop up store with my mom. Angelic Pretty Paris unfortunately doesn’t exist anymore, so being able to shop in a temporary store was amazing! I bought the prettiest things there!
9. I was incredibly happy to be able to walk in the Parisian Harajuku Fashion Walk, together with so many friends and Japanese Lolita idols of mine. I felt even more colourful and pretty walking in the in the gorgeous sun filled streets of Paris.
10. I didn’t think it would be possible for a long time, but eventually I was able to go to the Angelic Pretty Tea Party this year as well! I had a lovely time with my friends, meeting new people, talking with Maki and Asuka who I absolutely adore and even winning something in the raffle! One of my favourite Lolita days of the year.
11. A few days later, I spent a few days with Mila and Marie. On Sunday, we attended the Following Alice event, where I got to meet Misako Aoki again. She looked stunning and was as lovely as I remembered.
12. At the Following Alice event, I got to witness the election of the French Kawaii Ambassadors. Even though the three girls do not represent my country, it was still very special for me.
13. On my last day in Paris, I attended French Café’s first Garden Party. The location was very beautiful and I had a wonderful day filled with pictures, laughter and friends.
14. This year I also participated in two contests! One was a contest organised by Kawaii.i, the second by the Japanese Lolita brand Metamorphose. I didn’t win either of the two, but participating was quite fun. ^^ 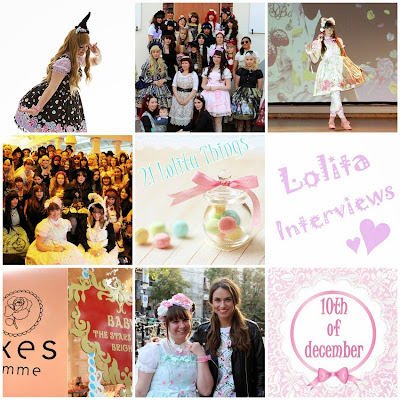 15. In August, I went to Paris again with my mom for two days for her birthday. I never wrote a blog post about it, but I can tell you we had a lot of fun! We did a lot of sightseeing, but we also shopped at Baby, the Stars Shine Bright Paris and Axes Femme. Of course Baby was lovely as ever, but we had never been to Axes Femme before. What an a-ma-zing shop! Both my mom and I bought a beautiful dress there.
16. I was happy to be able to attend this year’s Kawaii Event again, which was very fun. There was also a camera crew filming for a Dutch tv show and I am super honoured they kept some of my talking in the final show as well!
17. At the end of August, I participated in my friend Cat’s Lolita fashion show. Not only was walking in the show a lot of fun, I also bought some really wonderful items in the dealer room of the convention which still makes me very happy thinking about it.
18. I was very excited to be able to attend Katie’s Summer Tales Boutique 5th anniversary Tea Party. She asked me as the photographer for the day and I felt so happy and important that day! Everyone looked beautiful and being able to capture it on camera still makes
me glow.
19. At the Summer Tales Boutique party I also got to meet Asha Leo from Refinery29.com. She and her crew filmed the Dutch Lolitas for their ‘Style Out There’ series. Asha Is an amazingly kind and funny person and I am so happy to have met her! Also, the episode about Lolitas was amazing, one of the best videos on Lolita I have seen up until now!
20. For a special project that I shall not yet reveal, I did a very special photoshoot for my friend Cat. Keep an eye on my blog, you will found out soon enough… ^^
21. Finally, I have picked up my dream of doing interviews with Lolitas from all over the world! I have only just begun and it’s so much fun! I hope there will be many more to come!

So there you have it: all the Lolita things that have made me happy when I was 21 years old. Let’s hope there will be more than 22 when I look back around this time next year… ♥