The Secret Life of the Lolita

Ever since Deerstalkerpictures released their first video of their ‘The Secret Life of the Lolita’-series, I have been hooked! The videos are so colourful, the stories are funny (and sometimes pretty accurate) and the Lolitas featured in it all look stunning! If you haven’t seen their videos yet, please take a look! They are quite impressive. :3
In part one of the series, a Lolita is followed in a documentary sort of style. You see how she gets dressed, buys new clothes and stalks the mailman for her package to arrive. After she has finally received it, she rolls around on her bed in her brand. I fell in love with this part and the picture of the Lolita in question that came along with it. I immediately knew it: I wanted to take pictures like this too! So I asked my mom and she was totally up for it, which resulted into a Thursday afternoon of taking pictures. ^^
My idea was to put two mattresses on the floor, put down all of my pastel dresses (so not the black ones) and just lie on top of them in various poses. Our house is perfectly built to take pictures from above, so this came in quite in handy. I didn’t want the pictures to come out exactly the same way as the picture from Deerstalkerpictures (since it would be 1) impossible and 2) not as much fun, so I give it my own twist. We took many, many pictures and I chose my favourites for my blog. I really hope you like them. ♥ My dog Canela kept on jumping around us to see what we were doing.
It was just too cute! x)


Somehow these pictures remind me a bit of Snow White, I don’t really know why… ^^
Please leave a comment if you liked the pictures, it would make me super happy! ♥ 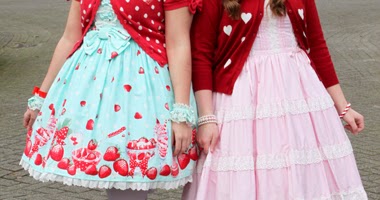 The next day, Michelle and I planned to do another photoshoot! Initially, we thought Michelle would wear her Snowwhite dress from Infanta, but finally we decided to let her wear one of my dresses. As Milky Berry is one of her Dream Dresses, it was the perfect dress for her to wear! ^^ Or maybe not, because she loves it even more now, haha! XD Which is good, ‘cause she looked amazing in it. :3
In order for us to match again, I decided to wear my pink Millefeuille jumperskirt again, only this time combined with red! I don’t know, I really love pink and red together and this outfit came out even prettier than I had expected! Here are some pictures of our outfits, I hope you like them: 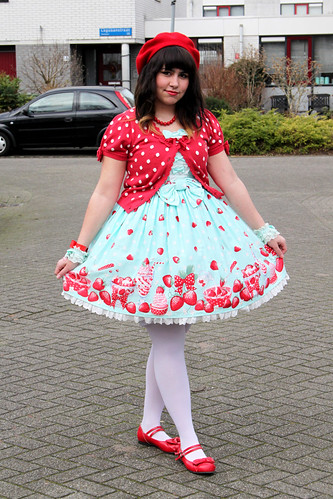 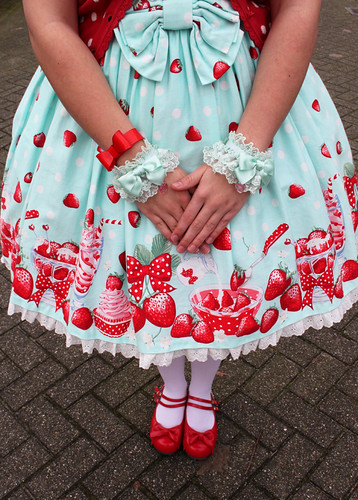 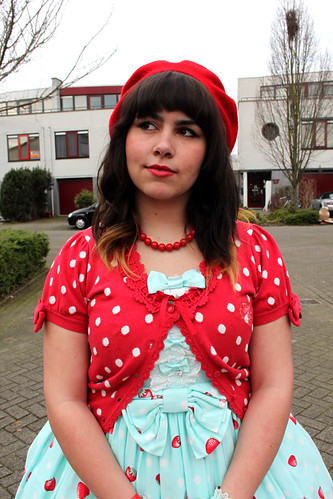 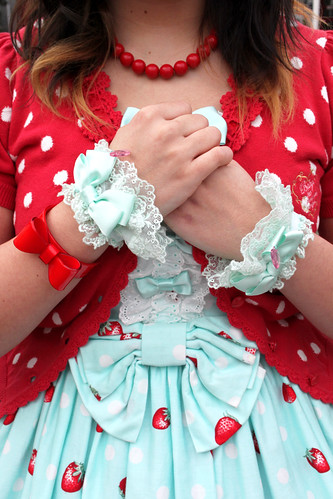 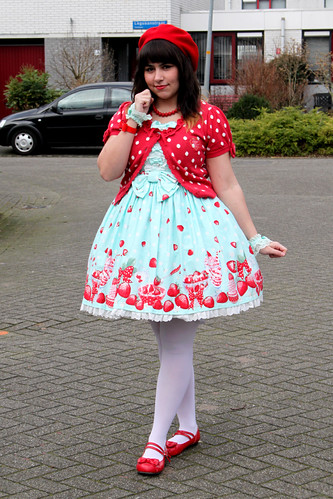 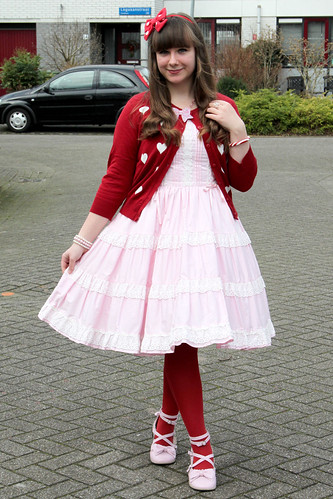 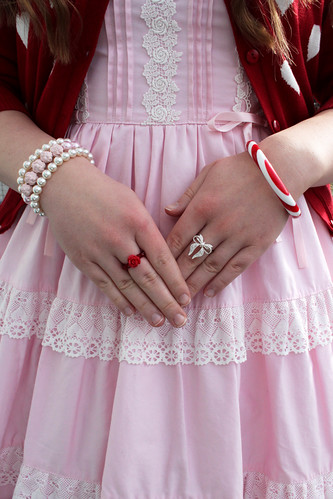 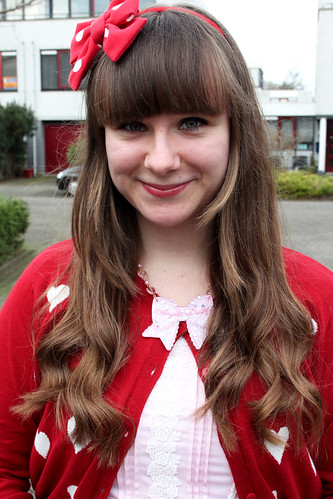 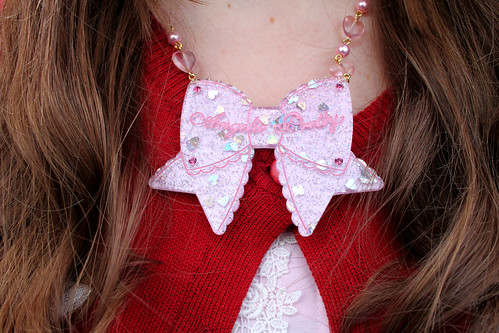 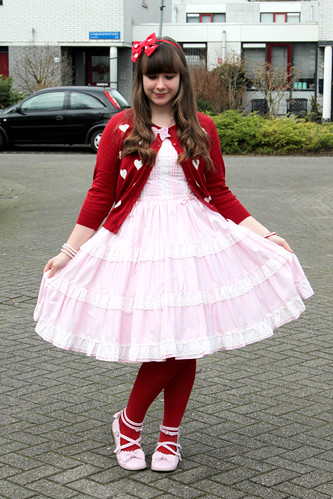 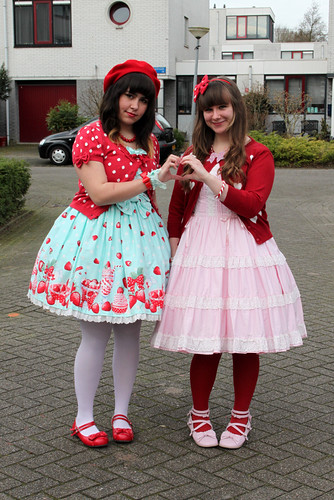 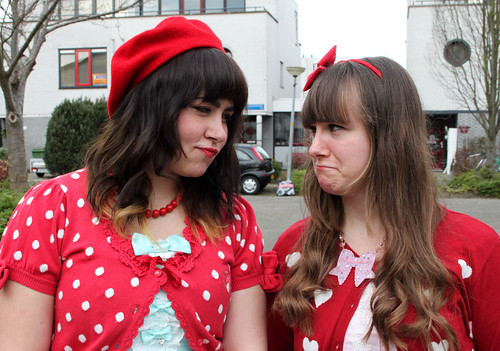 We love each other so much! XD

Later that day, Michelle left again to go home. It had been a super fun Lolita sleepover~! ^^