Blogging for The Non-English 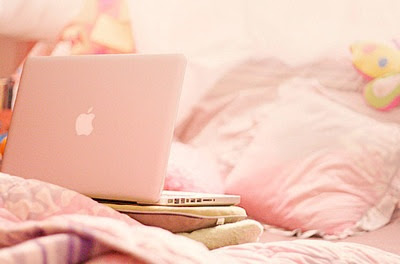 Lolita blogging has recently become more popular rapidly. Loliblogs pop up all over the internet, talking about (non-)brand, coords, experiences and outfits. I think this is a very good thing (Lolitas of the world, unite!) and I really hope there will be even more! ^^
Starting a blog isn’t an easy thing. What will you write about, how often will you write and how do you want to do it? I know some blogs have great tips on (Lolita)blogging, so I won’t write an article about that. As a Lolitablogger who doesn’t write in her mother tongue, I would like to focus on the subject of language.

Before you start a blog, you need to take a lot of things in account. One of them being the language you want to write in. There are three different, simple forms you can pick:

MBML. My Blog, My Language. MBML-Lolis write in their own language, so they can express themselves freely, without the limitations of a language that is not their own. Expressing yourself in another language is very difficult, because of all the differences in grammar and expressions. The downside is that not everyone will understand what you write.

50/50. 50/50-Lolis prefer to write in their own language, but still want to reach those that can’t understand a single word of it. They translate or summarize their articles for their ‘foreign’ readers. In this way they can still express themselves the way they mean to, but are still able to reach other Lolitas.

ETRA. English To Reach All. ETRA-Lolis prefer to write in English and in English alone, being it because it’s their mother tongue or because they want to reach everyone. English is still the biggest language in the world, so most people will understand what you say or at least a big part of it.

When you start a blog, you simply ask yourself the questions:
Who do I want to reach? Only the Lolitas in my country, so there won’t be any language barriers? Or everyone who understands English, with the risk of not being able to express myself exactly the way I want? Or do I want to do both?

When I started my blog, I could easily skip these questions. There was not a single moment of doubt about the language: I love to speak, read and write English and I highly dislike my own language. I also like to speak English with my friends sometimes, simply because I like it. One of them once said: ‘You always somehow make me speak English. I don’t understand how you do it!’
I often express myself with English words, often because my own language lacks the expressions I need. Of course, whenever I write a blogentry, I also open a page with a dictionary, because I often need to look up words or check if the expression I want to use even exists. I’m sure my entries won’t be spotless English, but hey. As long as people understand me and are not offended while I don’t mean to, I’m happy. ^^
op 8:30 PM
Email ThisBlogThis!Share to TwitterShare to FacebookShare to Pinterest
Tags: advice