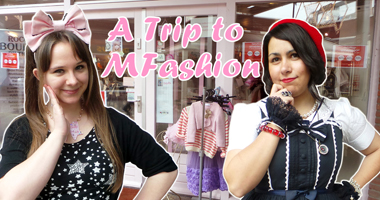 Last week I visited MFashion for the very first and also very last time. MFashion is the Netherlands’s first Lolita shop and it’s been around for a very long time. Unfortunately, I never got the chance to visit it. Now that Leyla and her mom have announced they are leaving their physical store (although they will continue to sell at conventions) I realised this was my last chance to see it! So I decided to meet up with my friend Michelle and visit MFashion during its last week. ^^
While Michelle planned on wearing Lolita, I didn’t feel comfortable enough so I opted for a more casual outfit with some Lolita elements. You can see my full outfit a bit further down this blogpost.
My mom was kind enough to drive me to the train station, from where I had to take two trains to get to my destination. 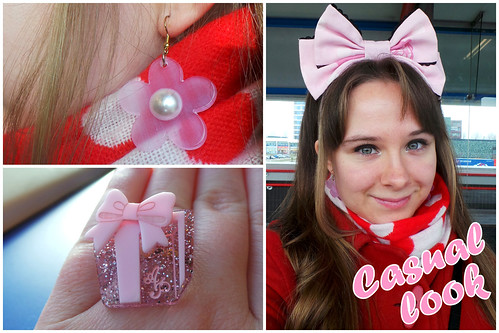 Some pictures I took during my journey. I really like (subtle) Lolita elements in ‘normal’ outfits.

I had forgotten to bring my book, so it could have been a bit boring sitting by myself just staring out the window. But I had brought my camera because I wanted to make a video, so it was okay after all. ^^ And when I arrived at my transfer station, a kind old man complimented me on my bow! That was nice. ♥ 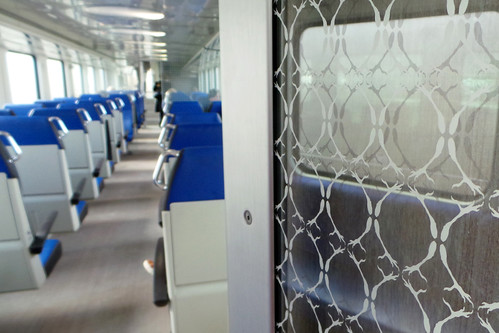 Some of our trains have strange prints on the glass doors. Sometimes it’s bugs, this
time it was… bird feet?

Finally I arrived at the station and I immediately spotted Michelle. She looked super cute in her sailor-like outfit! You can check out her outfit a bit further down below as well. ^^ 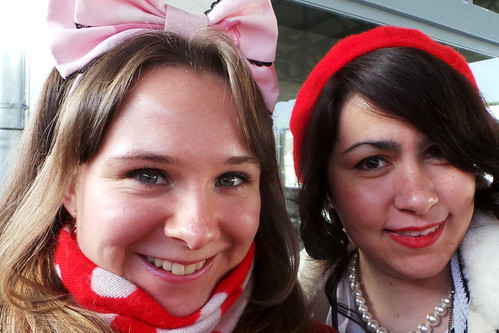 Meeting up with Michelle! ☆

We went on our way to find the shop, but we didn’t know where it was located exactly. We walked into the first shop we saw and went to ask for directions. The kind shop lady asked us whether we were looking for ‘that clothing store’. Apparently we looked like the kind of customers that goes there? XD
After a bit more walking, we found the MFashion shop! 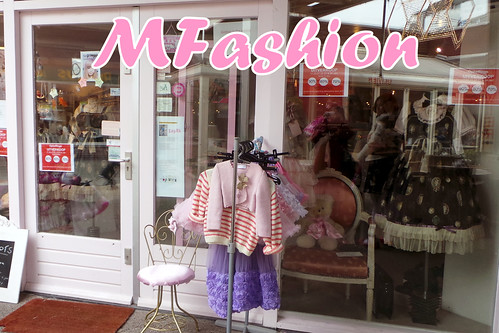 Arrived at the shop! It felt strange to finally visit it, but also exciting!

Michelle and I entered the shop a little early, where we were welcomed by Leyla’s mom. The shop was small, but cute and cosy. 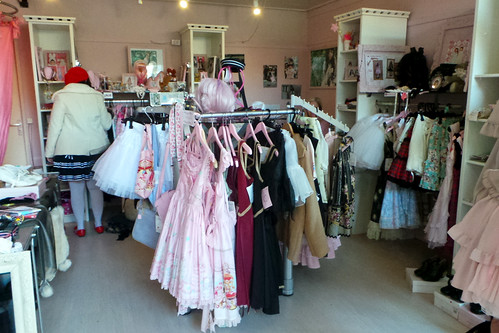 While Michelle and I were browsing for a bit, one of our fellow Lolitas came in! It was Eline, which was nice because I hadn’t seen her in a while. It gave us a chance to chat for a bit. ^^
There was a big sale and it continued some lovely dresses, but I had told myself not to buy anything big and I stuck to that! I really needed to save my money. Instead, I browsed for some small things and there was plenty to see! The shop was small, but contained 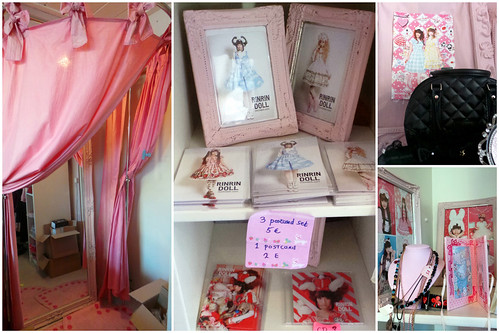 Some detail shots to give you an impression of the shop.

I found some really nice Metamorphose socks that I was hoping would match my Fancy Egg jsk, since no pair of socks I own really has the same colour of blue. I was a bit tempted by an Angelic Pretty head bow to be honest, but since nothing in my closet would match it it would have been a waste. 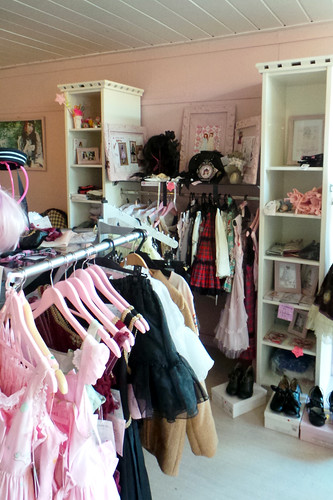 Dresses, skirts, petticoats and much, much more!

Metamorphose’s new ‘Vintage Cameo’ line had just come in and the details on those dresses were absolutely gorgeous. It’s so classy and beautiful! ♥ The dresses weren’t part of the sale as they were very new, but even then I wouldn’t have bought one (although they were very tempting…) 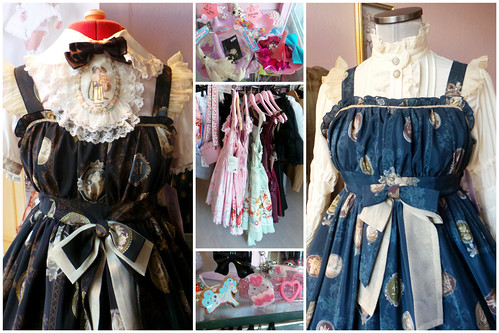 After a while, Eline left and Michelle and I were alone again. Michelle decided to buy herself two Angelic Pretty head bows and was doubting about some jewelry, while I eventually settled with an adorable gold hair pin from Baby, the Stars Shine Bright that was on sale for 5 euros! ☆ 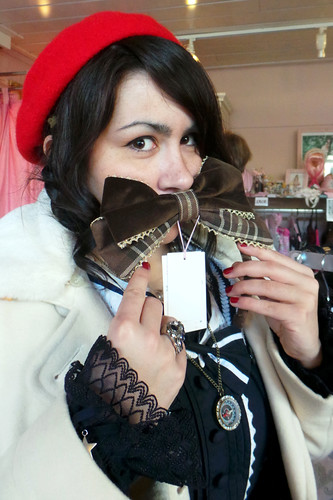 Michelle being adorable with her moustache bow. ♥

Despite the fact I had decided not to buy anything big, I didn’t want to pass up the opportunity to check out the dresses available. There were three (actually, four) dresses that I adored and I must show them to you so you can all drool with me over their awesomeness. 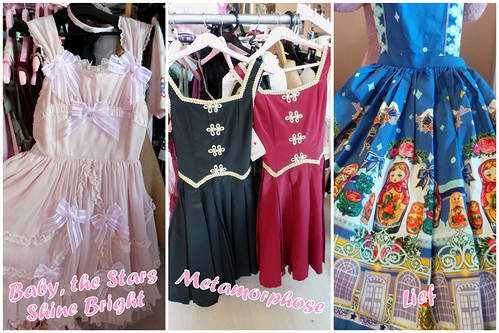 Aren’t these pieces to die for?

Especially the Lief piece (which was an apron skirt by the way) captured my heart. The colours of the print are so striking and the lace has glitter! God, it was so pretty…
Finally, I also found a pair of Metamorphose lace gloves and since I had been looking for a pair of lace gloves for ages I couldn’t leave them behind. I am so weak. ^^’
Michelle and I paid and then it was time to leave MFashion again. I am very happy I could have visited it before it closed. ^^
Of course, we couldn’t leave without taking some outfit pictures, so here you go: 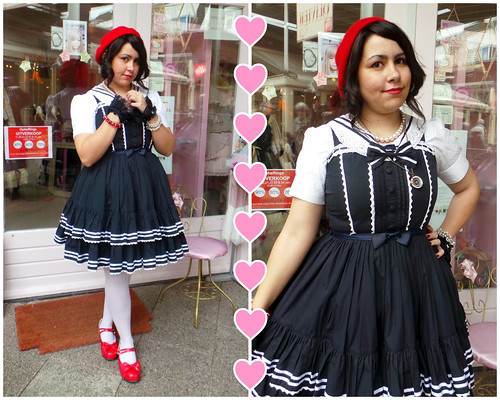 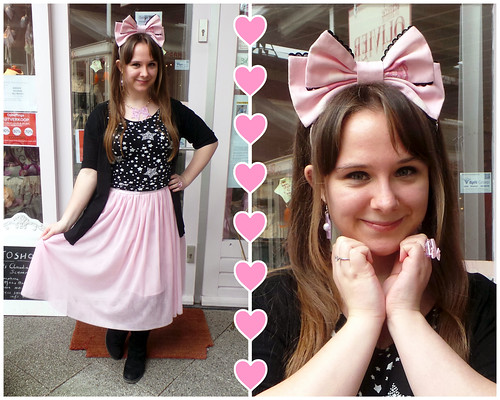 My pink and black casual outfit.

Michelle and I left for the train, took the same train for one station and then we went our separate ways. I had a lot of fun, it was just what I needed. It had been a wonderful day~!

Also, I made a video about our adventures!


I know it’s not perfect, but I am quite happy with the result nonetheless. I am really planning to make more videos, so please keep an eye on my YouTube channel! ^^ 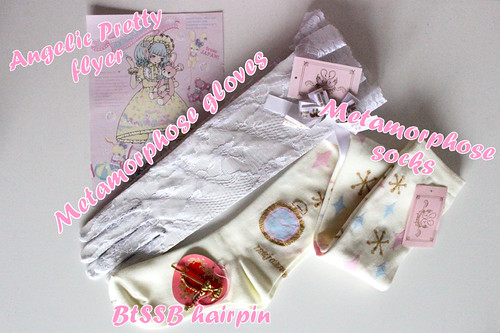